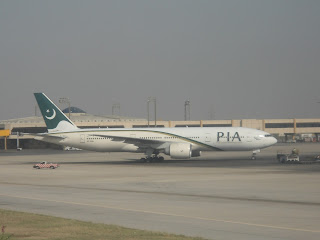 PIA has officially confirmed that due to poor performance, it shall be suspending its services to Mumbai and Delhi in the following manner:

KHI/BOM - all flights suspended effective 11MAY

KHI/DEL - all flights suspended effective 15MAY

This means that the fastest way for Karachi passengers to fly to BOM and DEL is on Oman Air via Muscat followed by Emirates via Dubai. Oman Air though offers the shortest flight time (including transit at MCT) in both directions. In 2016 the market demand was as follows: