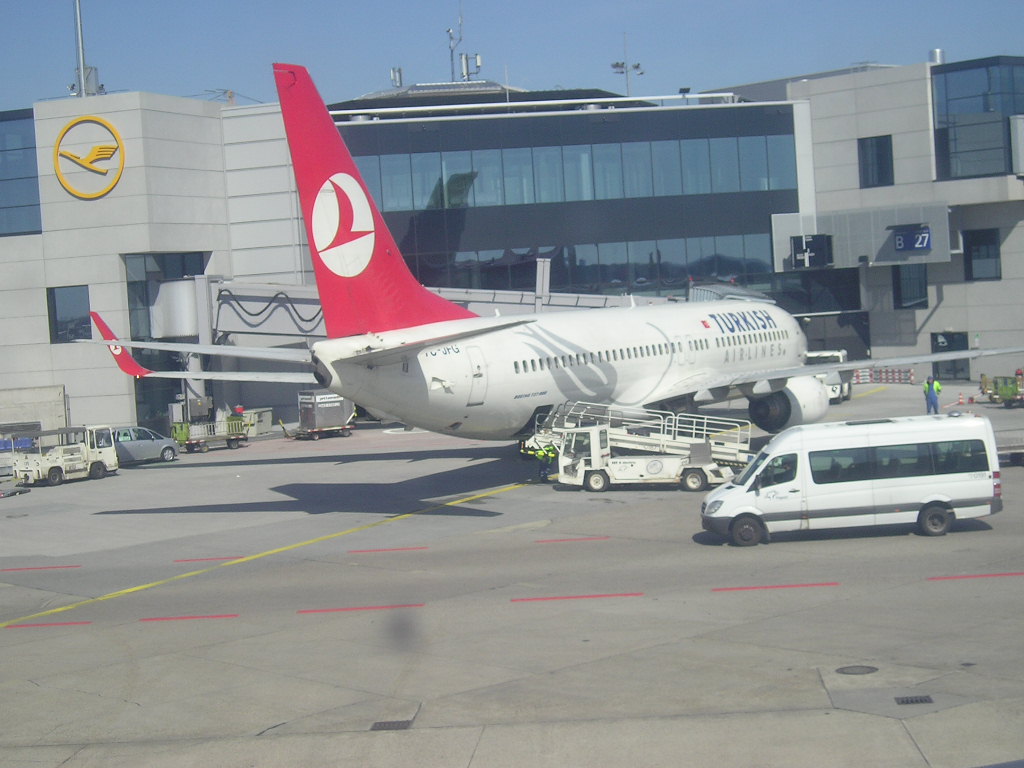 Turkish Airlines has officially announced that it will be launching two new long haul destinations from 30MAR15 as the carrier looks to further expand its reach targeting popular routes with EU pax. The new routes are Manila and Taipei and they will be operated as follows:
MNL - new 3 weekly flights flown nonstop using an A343
TPE - new daily nonstop flights operated with an A343 which will be further upgraded to a daily B77W effective 25OCT15
Other capacity changes announced by the carrier for the upcoming IATA S15 season are as follows:
BKK - frequencies increased from 11 weekly to double daily nonstop using an A332
CPT - capacity increased to daily nonstop terminator services using an A332

MCT - capacity increased to daily terminator nonstop service using a B738
In addition to the above, TK also confirmed that it has placed an order for 12 A321NEO aircraft which will be used to replace the B739ER on medium haul flights to Africa and Indian subcontinent.
Air China has announced that it will be embarking on a major long haul expansion process in 2015 as the carrier looks to rapidly expand its Beijing (PEK) hub operations and target destinations with significant Chinese financial and human resource investments. The main highlights are as follows:
PEK/YUL/HAV - new 3 weekly flights effective 20SEP using a B77W with 5th freedom traffic rights existing between YUL-HAV. AC will be code sharing with CA on this sector.
PEK/MEL - new 4 weekly flights effective 01JUN using an A332
PEK/JNB - new 3 weekly flights effective 19JUN using a B77W

Emirates has officially announced many capacity changes to its long haul route network for the IATA S15 season of which the main highlights are as follows:

Air Canada has officially announced that it will be launching two new long haul destinations from 01NOV15 from its primary YYZ-Toronto hub as the carrier looks to expand into strategically important markets using aircraft that offer the right operational economics for risky long haul markets. The two new routes are as follows:
DXB - new 3 weekly nonstop flights to be operated using a B789

DEL - new 4 weekly nonstop flights to be operated using a B789.

AC's B789s seat 298 pax in a three class layout i.e. 30J + 21W + 247Y.
Comments:
The next long haul destination for AC that should be seriously considered and has the potential to do well is CMN-Casablanca out of YUL-Montreal. Over 90,000 O&D pax flew this route (mainly on RAM) over the past year and the distance is similar to a typical trans-atlantic flight i.e. 7 hours hence easily do able on a B763ER or even a B788. It does not need to be operated daily but a maximum of 4 times per week year round.

Air India has officially announced that due to increasing demand, it has increased its Delhi-Birmingham service from 4 weekly to daily nonstop flights since 21DEC14. All flights are to be operated using a 254 seater B 787-800. In addition due to high demand, it has also expanded capacity on BOM-BKK + DEL-BKK with each route getting a daily B788 operated service along side a daily A321. In addition, the carrier is looking at converting its last six B788s on order to the larger B787-900 variant so that it can be used to operate ultra long haul flights to ORD and EWR/JFK replacing the more expensive B777s. If finalized, AI's B789s will be seating 294 pax in a dual class configuration.
Comments:
This is a well thought of move by AI's board and it should be expanded further in order to realize greater cost saving synergies. To operate daily DEL-JFK + daily BOM-EWR + daily DEL-ORD, you need 9 aircraft at least hence getting 5 B789s won’t be sufficient. Currently out of its order of 27 B788s, 18 have been delivered. All the remaining 9 should be converted to the -900 variant. In addition, once this is completed AI can raise cash by selling of 12 B77Ws which would easily find buyers in the current marketplace due to the immense popularity of this airplane type. In this manner, AI's future fleet would only revolve around two aircraft family types i.e.
B787 family i.e. -800 & -900 for wide body ops and A320 family i.e. 319s/320s/321s for narrow body ops. In turn would make the carrier realize significant cost savings across the board.
Qatar Airways has revealed a massive expansion plan of its route network from the onset of the IATA S15 season of which the main highlights are as follows:

Delta Airlines has officially announced that it has placed a US$ 14 billion dollar order with Airbus to fully replace its aging B747-400 and B767-300ER aircraft from 2017 onwards. The breakdown of the order is as follows:

25 A350-900s to replace the B744s as the carrier looks to grow frequency wise into key markets rather than operate VLAs.

25 A330-900s replacing B763ERs on trans-pacific and trans-atlantic services out of its SEA, JFK and ATL hubs.

In addition, DL has confirmed that due to poor performance, it shall be suspending its only India bound service to Mumbai effective 27MAR15. It will however be from the summer season onwards, code sharing with Air France via CDG to all of its India bound destinations. DL currently operates a daily B763ER to BOM from JFK via AMS.

Royal Air Maroc has revealed details of its Boeing 787-800 cabin as the airline took delivery of its first unit which was originally ordered in 2005 to replace its aging B744 and B763ER fleet. RAM’s B788s will be the most dense cabin amongst airlines worldwide seating 274 pax in a dual class layout i.e. 18J + 256Y. In total, the airline has ordered 5 B788s and they will be used on JFK, CDG, GRU and YUL. Lastly, RAM confirmed that it will be increasing its flights to JFK effective 14JUN onwards from daily to 12 weekly nonstop flights exclusively operated by a B788.

Houston Airport has officially announced that it will be welcoming two new airlines operating long haul flights into the city in 2015. The main highlights are as follows:

Finnair has disclosed that it has placed an additional order with Airbus for 8 A350-900s which the airline previously held as options since 2006. This brings the total number of A359s ordered by AY to 19 units. As part of this deal, Airbus agreed to buy back AY’s entire fleet of 7 A343s for firming up these options. These A359s will seat 297 pax in a three class layout i.e. 46J + 43W + 208Y. The first three routes that the airline will be operating the A359s on in 2015 are BKK, PEK and PVG respectively.