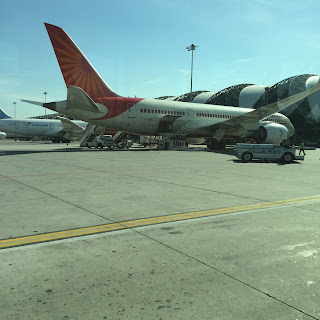 Air India has officially announced that it shall be launching new nonstop flights between Delhi and Washington DC nonstop effective 07JUL17.

Services will be operated 3 times per week nonstop using a B777-200LR with the below mentioned timings:

P2P demand between IAD and DEL in 2016 was 74,000 passengers and for other Indian cities it was as follows:

AI also previously announced that it is in the market looking to dry lease into its fleet 6 additional wide body aircraft i.e. either B77Ws or B789s. If B789s can be obtained and one aircraft dedicated to flying DEL-IAD nonstop, the total operational cost savings per round trip flight is approximately US$ 80,000 so on an annual basis is almost US$ 12.5 million !

Posted by behramjee at 1:13 AM No comments: 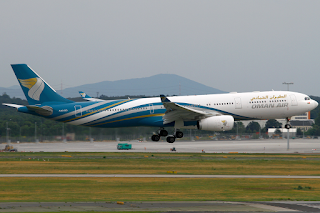 Due to lower than anticipated demand for its recently launched Guangzhou-Muscat daily service (since Dec 2017), Oman Air has officially confirmed that in order to stem losses, it shall be reducing frequencies on this sector effective 10APR17.

Its current daily service using an A330 will be cut to 4 weekly nonstop using a combination of A332s and A333s. Flights will operate on MON/WED/FRI/SUN only out of MCT.

Demand between CAN and the Middle East region in 2016 (round trip) was as follows: 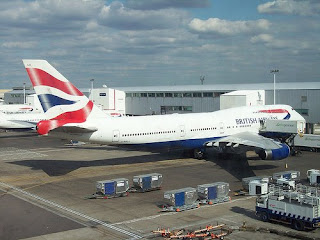 Posted by behramjee at 1:02 AM No comments: 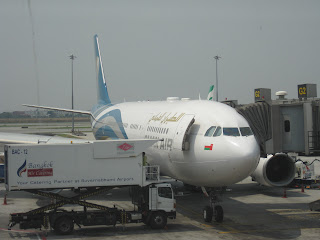 Due to rising demand from Lahore to the Middle East region, Oman Air has announced that it shall be significantly increasing capacity on its MCT-LHE service effective 08MAY17.