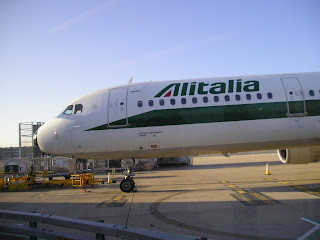 American Airlines has officially announced that it has changed the structure of its highly publicized Boeing 787 order with Boeing which originally was exclusively for 42 Boeing 787-900s. The main highlights of the amended deal are as follows:

Comments:
This is a very smart move by AA to have divided their B787 order from the original one as it provides their route network with the fleet capacity flexibility catering to markets that do have demand for a B788 year round but not for a larger B789. In addition, the prime objective of ordering the B787s were to replace their aging B763ER fleet on medium and long haul routes; this could have only been done effectively if the B788s were ordered initially as this particular variant was designed and sold by Boeing to be the B763ER/A310 replacement aircraft and not the B789 as the latter (789) would seat approximately 80-90 more passengers i.e. 30-35% more on board capacity versus a B788 would seat approximately 10-15% more than a B763ER which is an ideal requirement for most airlines taking into account market size growth worldwide. Other airlines that too are gradually replacing their B763ER/A310 fleet with B788s include Kenya Airways, LAN Chile, Ethiopian Airlines, JAL, ANA, British Airways, Air India and Royal Jordanian.


Air China has officially announced that it will be launching new nonstop flights to IAH-Houston, USA effective 11JUL 2013 onwards. CA will be operating the service 4 times per week initially using a Boeing 777-300ER before considering expanding it to a daily flight using its yet to be delivered Boeing 787-900s. As a member of Star Alliance, it will be code sharing with United Airlines on this sector, who in turn will hope to feed it with traffic originating from Central/Latin America and Southeast USA via its IAH hub. CA's B773ERs seat 313 pax in a 3 class configuration i.e. 8F/42J/263Y.


Etihad Airways has officially announced that it shall be launching a new nonstop services to Amsterdam, Holland effective 15MAY 2013. EY will be operating the service in code share with KLM on a daily basis using a 2 class configured A330-200 with the below mentioned timings:

As a result it will be indirectly offering a double daily service as it currently also code shares with Garuda's 6 weekly AUH-AMS + KLM 5 weekly AUH-AMS services respectively. The flights of KLM arrive into AUH at 1950 thus catering to EY's late night 2100-2230 departure hub wave bank.

Other changes announced by EY for the upcoming IATA S13 season are as follows:


DAC - capacity increased from daily A332 to daily B773ER

Hawaiian Airlines has officially announced that it has placed a significant order with Airbus for 16 brand new Airbus A321NEOs as the carrier looks to realign its future fleet meeting the mainland USA-Hawaii market dynamics. HA's A321s will seat 190 passengers in a 2 class configuration and can operate nonstop from HNL up to Las Vegas. It has said that the main routes to be served by its A321 fleet shall be nonstop HNL-U.S. West Coast services.

This is a brilliantly thought out order by Hawaiian because it allows the airline to grow its flagship trans-pacific U.S. West Coast business at the lowest risk cost. Currently, HA's fleet comprises of B717s which can only operate domestic island routes and for its other longer range flights it has a 260 seater B763ER and a 290 seater A332. The latter two are wide bodies hence expensive aircraft to operate especially on routes that do not see year round 85% S/F. Between HAs B717 and B767/A330 fleet, there is no in between aircraft plane type that can offer a 170-210 seating capacity along with being able to fly 6 hours nonstop without a payload issue. The A321NEO perfectly fits in this gap by being the best middle sized aircraft type being able to handle the requirements of HA. For example, HA's current double daily A332 HNL-LAS service can be in the future grown to triple daily by using A321NEOs for the same cost of operating 2 daily A332s and in turn the same capacity as well i.e. 570 seats on 3 A321s versus 588 seats on double daily A332s! This allows HA to grow its market presence and share with the extra daily frequency in a risk free manner.

Other routes that A321NEO can be useful for is SFO where currently HA's daily A332 service can be expanded to a double daily A321NEO along with Seattle again a current daily B763ER service can be expanded to 11 weekly A321s. A new route that can be looked into is HNL-YVR (Vancouver) with an A321 year round as its a 6 hour flight only hence easily within flying range of an A321NEO.

Philippine Airlines has officially announced that it will be launching 2 new long haul routes during the IATA Summer 2013 season as the carrier looks to aggressively embark on a long haul expansion. PAL disclosed that it will be operating 3 new weekly nonstop flights to Istanbul, Turkey effective 05AUG 2013 using either an A340-300 or a Boeing 777-300ER in code share with Turkish Airlines. The second long haul route that it will be launching is a daily nonstop service to KWI-Kuwait effective 01JUN 2013 using either an A333 or B773ER. The KWI-MNL market size is approximately 130,000 passengers per year and does not see nonstop service on offer currently, as Kuwait Airways operates its services to MNL 6 times per week with an A343 routed via BKK.

Thai Airways has officially revealed major capacity and frequency changes to its medium and long haul route network for the upcoming IATA S13 season of which the main highlights are as follows:


KLM and Austrian Airlines have officially announced that due to the increasing volatile state of the Iranian economy as well as the difficulty in remitting foreign exchange out of the country, it has no choice but to suspend its services to Tehran respectively in Q1 2013. KLM will suspend its current 5 weekly MD11 service by end March 2013 where as Austrian will suspend its own effective 29JAN. This leaves Lufthansa and Turkish Airlines as the 2 only remaining EU carriers offering nonstop services out of IKA airport. Lufthansa though will take the lions share of the high yielding premium traffic due to its favored branding position amongst affluent Iranians in Iran and abroad. In other KLM related news, the airline too announced that due to on going cost cutting initiatives, it shall be also suspending its current services to both Addis Ababa and Khartoum effective 31MAR 2013. Currently, KL operates a 3 weekly service on the AMS-KRT-ADD route using an A332.

Saudia Airlines and KSA Civil Aviation have officially announced that the Saudi flag carrier will be launching 2 new long haul routes from June 2013 onwards in North America along with increasing capacity to Europe. The main highlights are as follows:

As far as YYZ (Toronto) is concerned, the option to operate from JED via RUH should not be considered as it will spoil the economics of the route as well as the passenger acceptance of it as the majority of passengers on board shall be 6th freedom transfer passengers rather than O&D. Though operating nonstop from JED to YYZ with a B773ER might sound the most attractive option from a saleability aspect, it is also fraught with high risk as the O&D market size between KSA and YYZ is not large enough to warrant a year round B773ER operated service and nor is SV a favored transit carrier like its neighbors EK/QR/EY/MS are with Arab/Indian Subcontinent passengers.

Therefore in order to lower its risk and at the same time being able to kill 2 birds with one stone, SV should seriously consider flying to Toronto via Manchester with 5th freedom traffic rights. The reason being that the MAN-JED market size is big year round i.e. approximately 50,000 passengers as it caters to not only MAN based passengers but also the surrounding areas of Leeds, Birmingham and Bradford. No airline currently serves JED nonstop from the UK North and there is demand for such a service using a medium sized aircraft. A lot of these passengers are religious pilgrims who after performing Umrah/Hajj in KSA want to extend their journey to their hometown in India/Pakistan/DAC/UAE/CAI/NBO etc which SV ideally caters for. By operating to YYZ via MAN, it lowers the risk for SV as if YYZ cant fill the flight it can fall back on MAN to do the needful instead which it can easily provide.

Turkish Airlines has officially announced that it will be launching new services to CMB-Colombo, Sri Lanka effective 01FEB 2013 by extending its current Male bound service to the Sri Lankan capital. TK will be operating 5 times per week to CMB via MLE using an A330-300 and in turn will be targeting primarily the large Tamil community residing in Italy, UK, France and Scandinavia for its new CMB flights as well as European holiday makers who have flocked in their 1000s to the tropical island since the end of the brutal 25 year old civil war. In addition, the airline has finalized a deal to dry lease an additional seven Boeing 777-300ERs as a capacity bridge solution until its own aircraft get delivered gradually from Boeing itself. The source of these additional B773ERs is believed to be India's Jet Airways.


Emirates has officially announced that it will be implementing many capacity and frequency increases across its route network for the upcoming IATA S13 season of which the main highlights are as follows:

PEW - frequencies increased from 3 to 5 times per week

Malaysia Airlines has revealed few changes to its route network for the upcoming IATA S13 season of which the main highlights are as follows:

CMB - frequencies increased from daily to 10 weekly using a B738


Egypt Air has officially announced that it shall be launching 3 new destinations across its network effective June 2013 onwards of which the main highlights are as follows:

HRE - new 4 weekly service using a B738 operated via DAR

Qatar Airways has officially announced that it shall be significantly increasing capacity on three of its medium haul routes for the upcoming IATA S13 season of which the main highlights are as follows: