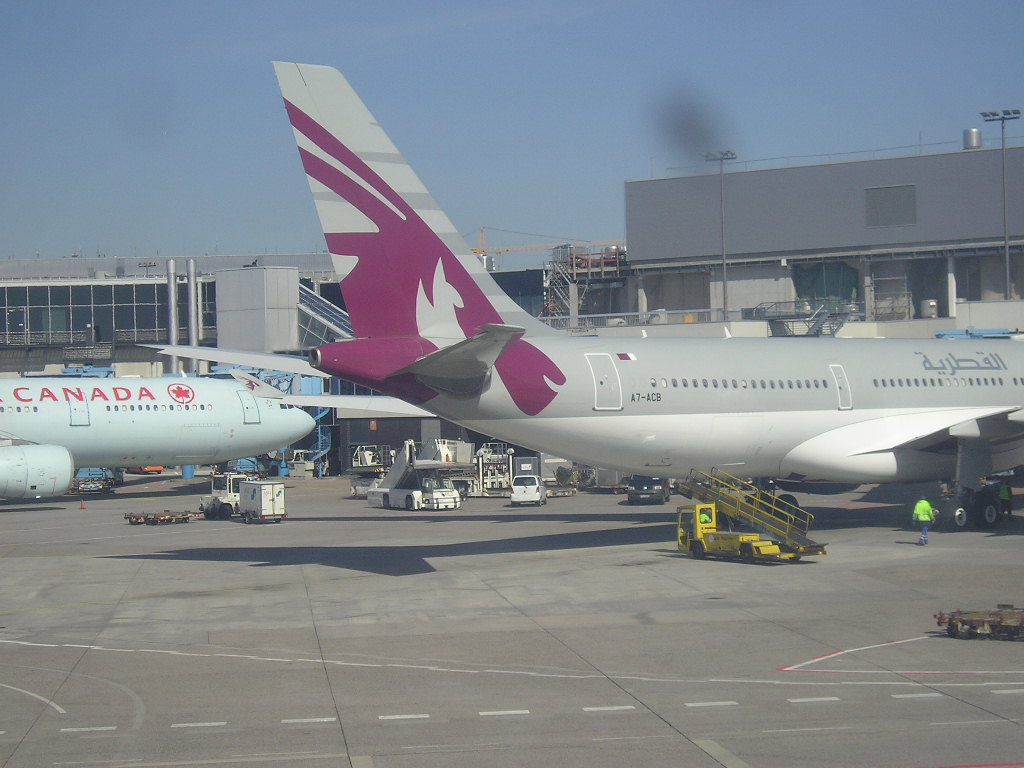 Emirates has officially announced that it will be launching medium haul 2 new destinations in Africa from August as the carrier strives to be the carrier of choice from Asia and the Middle East to all corners of the continent. The two new routes are to Abuja and Kano in Nigeria respectively which shall be operated on a daily basis using an A340-500 effective 01AUG14. From 01JAN15 though, this route gets a capacity upgrade to a daily B773ER. The service is flown as a triangular i.e. DXB-ABV-KAN 4 times per week + 3 times per week DXB-KAN-ABV-DXB. In addition, two other routes are seeing capacity increases during the IATA S14 season by EK which are as follows:

Kenya Airways has revealed details of its upcoming first new Boeing 787-800 aircraft (9 on order + 4 firm options) which is scheduled to enter long haul service from 01JUN. The first major route to get this new airplane type shall be CDG-Paris operated on a daily basis nonstop. KQ’s B788s will seat 234 passengers in a two class configuration i.e. 30 business + 204 economy class. The airline also announced many capacity increases for its medium haul network for the upcoming IATA S14 season of which the main highlights are as follows:

DEL – frequencies increased to daily nonstop using a B737-700

Qatar Airways has announced that it shall be increasing its capacity to Khartoum and Athens in IATA S14 season in the following manner:

Etihad Airways has revealed many capacity increases to its overall route network for the upcoming IATA S14 season of which the main highlights are as follows:

ISB – frequencies increased from daily to double daily i.e. daily A321 + daily A320

IST – capacity increased from daily A321 to daily A345 effective 01SEP

PEW – frequencies increased from 2 to 5 weekly

Considering that 9W was expected to take over operating the B773ER on this new service effective 01MAY but now cannot due to the U.S. FAA downgrading India from CAT1 to CAT2 status, it will be interesting to see how this scenario plays out as EY will likely have no other choice but to use 2 of its own B773ERs to operate this service. To help further feed this new route along with its 9pm departures out of Europe + morning GCC services, EY should consider increasing flights to Karachi and Dhaka from daily to 11 weekly at least with a 1000-1100 departure out of AUH versus 1600 in order to attract more long haul transfer traffic.

China Eastern Airlines (based out of Shanghai) has revealed that due to strong demand for its U.S. bound services, it shall be greatly increasing capacity to New York and Los Angeles during the IATA S14 season in the following manner:

LAX – effective 30MAY, frequencies increased from daily to double daily nonstop using an A332

JFK – effective 25JUN, frequencies increased from daily to 10 weekly nonstop using an A346

Jet Airways of India has officially announced that it will be launching new nonstop flights to CDG-Paris, France from its primary Mumbai hub effective 14MAY. Services will be operated on a daily basis using an A330-200. The flight schedule is as follows:

In addition, 9W too announced that it will be significantly increasing its capacity into Abu Dhabi as part of its strategic alliance with share holder Etihad Airways from 30MAR onwards in the following manner:
BLR – new daily nonstop flights to be operated using a B738

HYD – new daily nonstop flights to be operated using a B738

All of the new changes mentioned above are timed to connect nicely via AUH in both directions to EY’s newly launched second daily AUH-JFK-AUH flight !

If 9W could not get DEL-MXP to work where it had a monopoly and where the O&D market size demand between those two cities was almost double of BOM-CDG + via DEL, 9W had good two way connections to SE Asia, there is no chance what so ever that 9W has in making BOM-CDG work even on an operating profit basis with or without Air France code share support! Another route which had higher O&D demand than BOM-CDG which 9W could not operate properly was BOM-JNB nonstop which has also been suspended. It would be in 9W’s best interest to use their newly configured A332s (18J/234Y) on less costlier, shorter, higher demand flights to SE Asia  rather than engage in more riskier services to CDG with an inconvenient arrival time of 1750. The pretext of trying to capture domestic India traffic via BOM to CDG is also not viable as Indians from DEL/South India etc do not like transiting via BOM to reach their final destination hence in turn would gladly choose, EK, QR, EY, WY, LH, BA, UL etc to reach their final destination.

Ethiopian Airlines CEO has officially revealed that the carrier is eager to place another major order for 30 new aircraft comprising of 20 narrow bodied and 10 wide bodied aircraft in Q1 2014. As far as the narrow bodied fleet is concerned, it will be a choice between the B738MAX and A320NEO of which the B738MAX is expected to win the battle for obvious reasons as the carrier currently has a strong B737NG fleet already in place. With regards to the all more glamorous wide body order, ET’s CEO disclosed that it will be 10 units for the Boeing 777-900X once they get a clearer understanding of which production slots they can be given.

In route related news, ET announced that it shall be the first African airline to launch new nonstop flights to PVG-Shanghai, China effective 29MAR14. It will be flown on a daily basis using their new B787-800 thus finally providing PVG direct access to the growing Africa market. Other route network developments announced by the carrier for the upcoming IATA S14 season are as follows:

The B779X even by 2020 one reckons would be too big of an aircraft for ET to operate efficiently on any route year round. ET till 2025 do not need an aircraft anything bigger than the A359. Their long haul fleet by 2018 will be too complex i.e. B788s + A359s + B777s for what? Quite pointless having 3 different airplane types for a market segment requiring less than 35 units. They should just standardize it around the A359 and B788 plus think of adding a gradual second daily frequency into some Asian/EU markets to feed their second departure/arrival out of/to Addis Ababa otherwise a bottle neck situation will arise! Smart airlines such as Cathay Pacific, JAL, ANA and many North American carriers who have a much larger home + regional market demand for their long haul routes, have avoided large aircraft such as the A380 because they are correct in forecasting that more frequencies is the way of the future giving the passengers more scheduling flexibility plus in turn allowing different hub waves to be built at their respective airport bases versus clogging up everything during one certain departure/arrival time which leads to a problematic bottleneck!

Iberia of Spain has officially announced that it has exercised a previously existing option with Airbus to convert 10 A330s that it had on order to firm units as the carrier looks to use these aircraft to replace its gas guzzling A343s on long haul services to USA and South America as soon as possible. All units are for the larger A333 which in IB’s configuration shall be seating 277 passengers i.e. 36J + 241Y.

Lufthansa has announced major capacity changes to its long haul route network for the IATA S14 season of which the main highlights are as follows:

FRA/PVG – frequencies increased from daily to double daily i.e. daily B744 + daily A380

FRA/PEK – capacity increased from daily B744 to daily A380

Saudia Airlines has officially announced that it is going to be placing a major order this year for 50 aircraft comprising of both narrow and wide bodied airplanes as the carrier wants to ensure favorable delivery schedules from 2019 onwards to replace many of its planes that would be nearing retirement by that time. SV is expected to place an order for up to 30 A320/A321NEOs where as the remaining 20 units are likely to be a mixture of B777Xs and B787s.

Currently, SV’s wide bodied fleet has 15 A333s + 16 B744s + 23 B772ERs + 11 B773ERs + 8 B789s on order. For the 2020-30 period, what needs to be definitely replaced are the 16 B744s + 23 B772ERs. In order to ensure that it gets a good deal from Boeing as well as being able to standardize its long haul fleet across 2 different aircraft types only, SV should negotiate with the American manufacturer for them to buy their 15 A333s in exchange for a large B779X order which is the ideal aircraft for SV in the long run. It can fly to any U.S. city nonstop from JED/RUH + offers 400-500 seater capacity in a premium 3 class or 2 high class density version for different market segments such as LON/USA/CDG (prestige) and Indian Subcontinent/MNL/CGK (high density labor/VFR).  In this manner, the 2020-30 wide body fleet of SV would be solely revolving around 2 aircraft types only i.e. B789 + B779 which in turn shall bring major cost savings benefits in terms of operations, maintenance, spare parts and crew training etc.

Cathay Pacific has announced that it will be making major capacity adjustments across its long haul network for the IATA S14 season of which the main highlights are as follows:

BAH – frequencies increased to daily flights via DXB using an A333

Philippine Airlines has officially revealed few capacity enhancements to its route network schedule for the upcoming IATA S14 season of which the main highlights are as follows:

NGO – frequencies increased from daily to double daily i.e. daily A321 + daily A343

KIX - frequencies increased from daily to double daily i.e. daily A333 + daily A343

Korean Air has officially announced that it will be launching new nonstop flights to IAH-Houston, USA effective 02MAY onwards as the carrier looks to tap into the growing Texas-SE Asia market segment by being the only carrier offering services from both DFW and IAH each respectively. KE’s new ICN-IAH flights will be flown 4 times per week using a B772ER and as a result of which many capacity changes for its other routes were announced as well which were as follows:

DFW – frequencies reduced from daily to 5 weekly using a B772ER

DXB – capacity reduced from daily B772ER to daily A332

CEB – capacity increased from daily A333 to daily B744