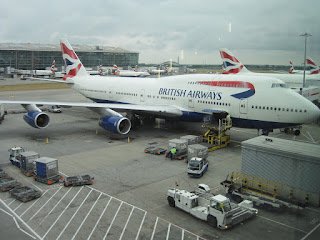 Qatar Airways has officially announced many capacity changes to its medium and long haul route network for 2014 of which the main highlights are as follows:
JNB – frequencies increased from daily to 10 weekly nonstop flights i.e. 3 weekly B773ERs + daily B788. The 3 new flights depart on Days 3/5/7 from DOH at 0655 and arrive back by 2355 using a B788.
DFW – new daily nonstop flights to be launched effective 01JUL using a B772LR
SIN – capacity adjusted to daily B773ER + daily B788 for entire S14 season
LCA – new 4 weekly nonstop flights to be launched using an A320 effective 29APR
MNL – frequencies reduced from double daily to 8 weekly effective immediately due to bilateral issues. Daily service to CRK remains un-touched.
SAW (Istanbul’s second airport) – new 4 weekly nonstop flights to be launched using an A320 effective 29MAY14. This will make in total QR offer 11 weekly flights to/from Istanbul combined.
RGN – capacity increased to 4 weekly A332s effective W14 season.
Comments:
With EK and EY adding more capacity into Manchester in 2014, QR is the weakest amongst the ME3 in this market segment with its 10 weekly service which used to at one time be double daily A332. It should seriously consider reinstalling the double daily service preferably using B788s exclusively in order to compete more effectively with its arch rivals on traffic bound to SE Asia and ISC in particular.

Japan Airlines has revealed that due to increasing demand and cooperation with its One World partner American Airlines, it shall be increasing its services to New York’s JFK airport effective 30MAR. Currently, daily nonstop flights are flown from NRT using a B773ER. These shall be increased to double daily with the additional frequencies being solely flown using a B787-800. Other changes announced by JAL capacity wise across their network for 2014 are as follows:

Ethiopian Airlines has officially announced many capacity changes to its intercontinental route network effective immediately catering in line with demand. The main highlights are as follows:
DMM – all flights suspended effective immediately
CAN – capacity to be increased to daily B773ER effective 16FEB14 with same plane service extended to LAD
LAD – capacity increased from 3 weekly B772LR to 3 weekly B773ER
LOS/PEK via ADD – daily same plane service using a B772LR
ET also announced that in order to further grow its profitable cargo business, it has placed an order for 4 new B772LR freighters which will be used to replace its existing B757F + MD11Fs once delivered in 2015.

Turkish Airlines has officially announced that due to high demand, it shall be increasing its services to both Seoul (ICN) and Kuala Lumpur (KUL) from the on set of the IATA S14 season in the following manner:
ICN – frequencies increased from daily to 11 weekly i.e. daily A343 + 4 weekly A333
KUL – frequencies increased from 4 weekly to daily nonstop service using an A332

Cathay Pacific officially confirmed that it has finally placed an order for an aircraft that it considers the ideal replacement option for its fleet of Boeing 747-400s. A total of 21 Boeing 777-900Xs were ordered by the airline that shall be delivered from 2021 onwards. The B779s will be used on long haul flights to UK, USA and Canada where as the A351s it also has ordered shall be more used as a regional aircraft replacing its older B777-300As on ASEAN routes initially. In addition, CX also placed another order for 3 more B773ERs + 1 more B748F. Its B748 fleet once fully delivered shall number 14. As far as its route network is concerned, CX announced the following capacity adjustments for 2014:
KIX – frequencies increased from 4 to 5 daily flights with the new service being operated daily using a B744 effective 16FEB
BNE – frequencies increased from 11 weekly to double daily using an A333 exclusively effective 30MAR

India’s new start up airline owned by the TATA Group + Singapore Airlines has officially revealed that it has selected the Airbus A320 to launch its services from Q3 2014 as it has placed an order with leasing companies for 20 units of this type. It will be configured in a two class configuration and shall be initially based out of DEL airport with flights to BLR and BOM respectively.

Transaero Airlines of Russia has officially revealed that it has placed an order for 4 new Boeing 747-800 passenger jets as the carrier looks to gradually replace its aging fleet of 20 B747-400s by 2020. The B748s will be seating 550 passengers in a two class configuration where as the 4 previously ordered A380s of the airline will accommodate 652.

China Southern Airlines has officially announced that it shall be launching new nonstop flights to JFK-New York airport from its Guangzhou hub base effective 06AUG14. All flights are to be code shared with fellow Sky Team partner i.e. Delta Airlines and will be operated 4 times per week using a Boeing 777-300ER with the below mentioned schedule:
Days: 1/3/5/7
CZ 399 Dep CAN 0140 Arr JFK0545
CX 400 Dep JFK 1115 Arr CAN 1515+1

Lufthansa has officially announced that it will be increasing capacity on many of its long haul routes for the upcoming IATA S14 season of which the main highlights are as follows:
ACC – capacity increased from 5 weekly B737s to 5 weekly A333s
HND – new double daily nonstop service to be launched i.e. daily each from FRA and MUC using a B744 and A346 respectively
Posted by behramjee at 2:28 PM No comments: