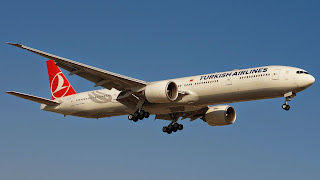 Turkish Airlines has confirmed that it will be launching new nonstop flights to the Indian Ocean island of SEZ-Seychelles effective 31OCT16. The destination is a very popular one for Europeans seeking shelter from the cold winter months on the home land continent.

TK will be operating 3 weekly flights with an A332 using the below mentioned schedule:

Posted by behramjee at 7:43 AM No comments:

Eva Air has officially confirmed that it will be significantly expanding its presence in USA from October 2016 by launching new services to ORD-Chicago along with increasing New York JFK.

Chicago-Taipei nonstop will be inaugurated on 03OCT16 operating 4 times per week using a Boeing 777-300ER using the below mentioned schedule:

As far as New York JFK-TPE is concerned, frequencies are being further boosted from 10 weekly to double daily nonstop effective 03NOV16 using a B777-300ER exclusively.

BR's USA expansion in particular has been a key component of its long haul strategy and Miami airport officials have now confirmed that they are keenly lobbying Eva Air to consider launching TPE-MIA as they want a well known hub & spoke carrier operating to the city rather than one that is more reliant on point to point traffic.

Posted by behramjee at 10:04 AM No comments: