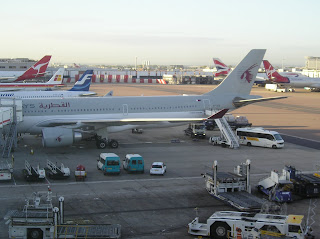 Qatar Airways has officially announced that it shall be boosting its presence in Cyprus by increasing frequencies to LCA-Larnaca effective 04MAY17.

QR has been gradually increasing its services on this route ever since Etihad suspended its own AUH-LCA 3 weekly flights on 31OCT16. Initially in W16, QR boosted LCA from daily to 10 weekly using an A320 and this shall be further increased to 12 weekly nonstop flights using the same aircraft type from 04MAY.

Posted by behramjee at 1:27 AM