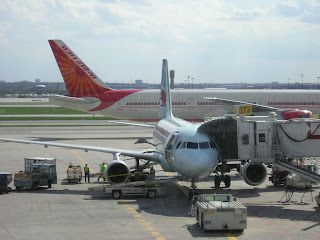 Emirates has officially announced that it will be launching 3 new destinations gradually from 01NOV 2012 onwards as well as increasing capacity on existing routes as the carrier looks to align capacity matching demand during the upcoming IATA W12 season. The main highlights are as follows:

SAS has officially announced that it will be launching new nonstop services to SFO-San Francisco, USA effective 06APR 2013 onwards. SK will be operating the route 6 times per week from its primary Copenhagen hub using an Airbus A340-300 with the below mentioned schedule:

Oman Air has officially announced that it will be increasing capacity to both Colombo and Male from the on set of the IATA W12 season of which the main highlights are as follows:

MLE – frequencies increased from 4 to 5 weekly nonstop services using a B738.

Malaysia Airlines has officially announced that it will be increasing capacity on 4 of its Indian subcontinent routes from September 2012 onwards in the following manner:

All of the above new flights depart KUL between 0900-1000 and arrive back into KUL between 1900-2000 respectively!  In addition, MAS has also revealed that it is very interested to purchase a longer range A330 variant capable of operating nonstop from KUL to Western Europe with a full payload as it finds its Boeing 777-200ERs a bit too large for some of the routes.

MAS need not look further than the A332IGW of which Korean Air is a launch customer for. This aircraft operates long haul flights for KE such as ICN-NBO (15 hours block time) and SEA-ICN (13 hours block time) hence for MH it can easily operate KUL-FRA and KUL-FCO nonstop which have a block time of 12 hours 45 minutes each respectively. With MH part of One World, it might be worth looking into operating KUL-DUS nonstop so that via DUS it can code share with Air Berlin to all over Central, Eastern and Western Europe. KUL-DUS block time would be approximately 13 hours 10 minutes hence operationally possible on the A332IGW.

Fed Ex has officially announced that it has placed an order for 19 new Boeing 767-300ER freighters as the carrier looks to rapidly phase out its aging fleet of DC10Fs and A310Fs as they are more costlier to operate. Deliveries are expected to run between 2015-19 and it also includes converting 4 B772LR freighters previously ordered into B763ERFs !

Delta Airlines has officially announced that it will be making major capacity changes across its long haul network for the upcoming IATA W12 season of which the main highlights are as follows:

JFK/AMS - capacity increased from daily A332 to daily A333