Etihad Airways has officially confirmed that it will be launching new daily nonstop flights to ORD-Chicago from its Abu Dhabi hub effective Sept 2nd 2009. EY will fly the route using a 3 class Airbus A 340-500. Initially, the route will be flown 3 times a week but then will be increased to daily flights from Oct 1st onwards.

Flight timings are as follows:

Very good move to launch ORD before EK and QR do. They will get high loads to Pakistan and Dhaka especially plus give Air India/BA/LH/AF a good run for their money to BOM/DEL. One should not be surprised to see EK following suit this year with their own DXB-ORD nonstop flights using a B 777-300ER!
Posted by behramjee at 8:12 PM No comments:

KLM has disclosed that due to an economic recession taking effect worldwide, it will be reducing flights to many long haul destinations for the Summer 2009 IATA season. The main highlights are as follows:
DXB - frequencies reduced from 12 to 10 flights per week using B 772ERs.

DTW - all flights suspended; only NW/DL operating AMS-DTW sector.
EBB - frequencies reduced from 5 to 4 weekly flights.
Posted by behramjee at 8:10 PM No comments:

Flight timings are as follows:

From LHE on SUNDAYS:

Aeroflot has officially revealed on the GDS that it will be suspending all of its flights to Mumbai, India from March 30th. Currently, this route is flown 3 times a week nonstop using a B 763ER. The airline has not disclosed any official reason for this move but it probably has to do with the general economic recession plaguing the world of which BOM too is not immune of. BOM too, does not see as high loads as does SU's SVO-DEL bound flights which get a lot of passengers from JFK, YYZ and across the UK.

Other measures that SU have taken for Summer 09 to cope with the worldwide economic downturn are as folllows:

CAN (Guangzhou, China) - new 3 weekly nonstop flights to be launched using a B 763ER from March 29th. Flights will be flown on WED/FRI/SUN and their timings are as follows:

BKK - all flights suspended from March-July.

ICN - frequencies increased from 3 to 5 weekly flights from June using a B 763ER.

PVG - capacity increased to daily A 332s from June 1st.
Posted by behramjee at 8:01 PM No comments:

Air France has announced on the GDS system that it will be suspending its flights to MAA-Chennai, India from March 29th onwards due to less than expected revenue obtained on this route. AF currently flies 3 times a week to MAA nonstop from CDG using an A 343. Also AF confirmed that due to the weakening U.S. economy, it will not be deploying its Boeing 747-400 for the summer IATA season to Atlanta this year and instead will be using a Boeing 777-200ER for the service. AF usually uses the B 744 to ATL from CDG for the summer season when traffic levels are high where as in the winter season, it uses an A 343 on the route.

Comments:
Air France should seriously consider flying 3 weekly flights to ISB-Islamabad, Pakistan using an A 343 which is used for MAA. There are over 60,000 Pakistanis residing in France who hail mainly from Punjab and Kashmir areas of Pakistan so from an O&D perspective, there is a market to tap into. Along with the O&D market segment, the other main market segments for AF to attract on this flight are as follows:
1. High yielding business class flying diplomatic/businessmen/politicians who would fly AF from ISB to UK, North America, North Africa, Europe via CDG and vice versa. This is the same form of traffic that BA had a big market share over EK/QR/PIA and its yield margin on these business class pax from ISB was very high. The foreign diplomats, Western businessmen and many local Pakistani politicians prefer flying a Western airline for the safety it provides and availability of alcohol on board.
2. 6th freedom transit traffic bound via CDG to UK, North America, Spain, Norway, Denmark, Germany and Holland. With AF offering one stop flights with good connections via CDG to all the major Pakistani hot spots in the Western hemisphere, they will get good market share from markets that see virtually no competition such as YUL, DFW, IAD, ORD, EWR, CPH and ARN.
The flight timing can be as follows:
AF XXX Dep CDG 1245 Arr ISB 0045
AF XXX Dep ISB 0245 Arr CDG 0715
With these above mentioned flight timings, not only do North African, European, U.S East Coast/YUL/YYZ connect in both directions nicely via CDG but also 2 more key markets such as LAX and SFO. Cargo carried in the aircraft belly too would be high yielding and high volume year round on the CDG-ISB-CDG route. FYI, Pakistani citizens holding residence permits for UK, EU states, USA and Canada do not need a transit visa for CDG!
Posted by behramjee at 7:54 PM No comments: Korean Air has officially confirmed that it will be increasing its flights to YVR-Vancouver from the on set of the Summer 09 IATA season. Currently flights are flown 4 times a week using a B 772ER but these will increase to daily from that point onwards.
Posted by behramjee at 7:49 PM No comments:

Continental Airlines has officially revealed that it will be reducing its flights to Mumbai, India between March 1st and May 31st as its in the height of the low season. CO currently flies daily nonstop flights from EWR to BOM, but those will be reduced to 5 weekly using a B 772ER during this period.
Posted by behramjee at 7:46 PM No comments:

SAS has revealed on the GDS system that it will be suspending its flights to Delhi, India from the on set of the Summer 09 IATA season. Currently, it flies 3 times a week to DEL nonstop from CPH using an A 343. However, the Indian media has reported that it will be replacing its DEL flights by launching new ones to Mumbai from April 2009. No further mention has been disclosed as to how many weekly flights will be flown on the CPH-BOM route.
Posted by behramjee at 7:41 PM No comments: 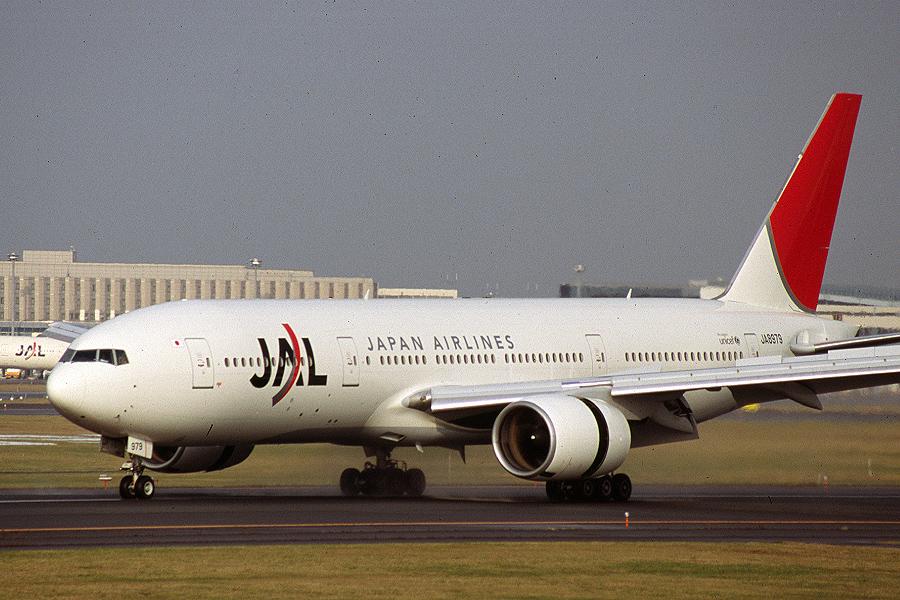 Japan Airlines has officially released its 2009-10 flight operational plan to the media this week which details where it will cut back and increase flights to currently served markets worldwide. The main highlights of their plan are as follows:

LHR - frequencies increased from daily to double daily using a B 773ER + B 772ER each respectively. This is effective March 30th. ANA (All Nippon Airways) of Japan has officially released its 2009-10 flight operational plan to the media this week which details where it will cut back and increase flights to currently served markets worldwide. The main highlights of their plan are as follows:

IAD - capacity reduced from July 1st with a B 772ER replacing a B 773ER for an indefinite period.

China Eastern Airlines has officially confirmed that it will be adjusting capacity on its Delhi and Vancouver routes for the IATA Summer 09 season. Effective March 30th, DEL bound flights flown from PEK via PVG 3 times a week using an A 343 will be replaced by an A 300-600R where as to Vancouver, frequencies will be increased from 4 weekly to daily flights effective June 29th. MU will be using an A 332 for the daily PVG-YVR terminator flights flown nonstop.
Posted by behramjee at 7:31 PM No comments:

Turkish Airlines has once again made further adjustments to its Summer 09 timetable across its medium haul route network. The main highlights are as follows:

ADD - frequencies increased from 4 weekly to daily nonstop flights using a B 738.
Posted by behramjee at 7:28 PM 1 comment:

Delta Airlines has made further adjustments on its long haul route network with regards to capacity and frequency changes. The main highlights are as follows:

ATL/LHR - capacity increased from daily B 763ER to daily B 764ER having the new business class product.

ATL/AMS - capacity increased from daily B 764ER to daily A 333 effective June 1st.

IAD/AMS - all flights operated by NW are to be suspended.
Posted by behramjee at 7:26 PM No comments:

The states of UAE and Tunisia have signed a new aviation bilateral accord which hopes to promote tourism and business links between the two countries. The main highlights of the new accord are as follows:

a) Etihad Airways is allowed to fly initially 4 flights per week to Tunis which can later on be increased to 5 in 2010 and daily in 2011.

b) Emirates and Fly Dubai are allowed to fly a total of 8 flights per week.

c) Tunis Air has been given reciprocal rights for flights from their hub to UAE.


The states of UAE and Philippines have signed a MOU to amend their existing aviation bilateral accord which greatly increases access to both states' designated carriers offering flights between them. The main highlights of the new accord are as follows:

a) Emirates, Etihad, RAK Airways and Fly Dubai would all be allowed to take part in the increases in flights from UAE Side.

b) Gradual increase of flights from the current 21 per week to 89 flights per week for all UAE carriers.

c) 5th freedom rights between UAE and any intermediate point allowed for flights bound to Cebu.

e) To Cebu, 21 flights per week maximum can be flown.

f) To Manila, a maximum of 5 weekly extra flights can be flown by UAE carriers.
Posted by behramjee at 7:17 PM No comments: