What markets are viable if Alitalia fails? 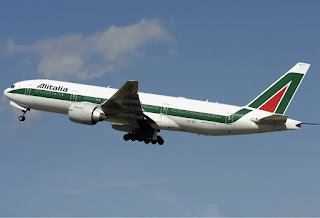 Over the past week, there have been numerous media reports of Alitalia entering into "administration" or "bankruptcy protection" in Italy whilst the local Government looks to supply it with a $600 million loan to keep it afloat until November 2016 only. The Italian Government has categorically stated that it has already invested nearly $8 billion into the ailing carrier since the past decade and the public appetite for another bailout is totally non-favorable.

Mentioned below are the top medium/long haul markets to/from Rome + Milan in 2016 that AZ's competitors can take advantage of (by operating higher or year round frequencies) if the carrier goes bust. The route segments highlighted in green especially are the ones to be considered.


With regards to the USA-Italy market segment:

1. American Airlines or United should consider making ORD-FCO a year round service with at least a 4 weekly B763ER operated service during the winter season

2. LAX-Italy I have not highlighted as its a ultra long haul service totaling 13 hours each way hence extremely high risk since the yields are not that great. It could however sustain a summer seasonal service only.

3. MIA-Italy should be operated year round by AA with a B787. Currently AA only flies a daily year round B763ER between MIA and MXP but with such a large MIA hub operation already in place, it can be able to sustain along side with MIA-MXP a 4 weekly year round MIA-FCO service.

As far as the other worldwide markets are concerned:

1. It is really surprising to note that ICN-FCO demand is higher than FCO-JFK considering the huge Italian emigrant community residing in NYC

3. AI can sustain a 5th weekly DEL-MXP nonstop service using a B788

4. With AZ out their daily nonstop MXP-NRT + FCO-NRT service would leave a huge void which JAL or ANA can fulfil by operating a 4 weekly service of their own using a B787.

Posted by behramjee at 1:22 AM