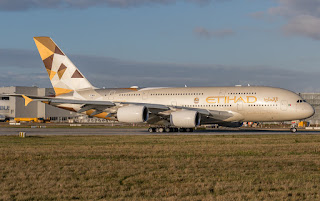 Etihad Airways has officially announced that as part of its Right Size Right Shape strategy, it shall be reducing capacity to Melbourne from the on set of the IATA Winter 2017 season.

In addition to the above, it has confirmed the suspension of its AUH-VCE (Venice) from 29OCT17 onwards as it is likely to be converted into a summer seasonal service or suspended outright (which is better as there is no real need to fly there for EY)

Posted by behramjee at 4:15 AM