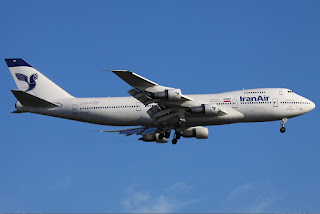 
·
In this manner, the order is commercially + politically balanced out with Airbus, Boeing, ATR and Bombardier kept happy by being given a fair slice of the cake. If by 2025, demand explodes for IR then it can consider adding a larger aircraft type.
Posted by behramjee at 12:34 PM