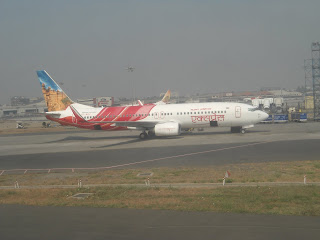 Qatar Airways has officially revealed many changes to its long haul route network for the IATA Summer 2012 season of which the main highlights are as follows:

American Airlines has officially announced that due to rising costs and losses, it shall be suspending its services to DEL-Delhi, India effective 01MAR 2012. AA currently operates a daily nonstop product from ORD-Chicago to DEL using a B772ER but suffers a payload restriction on the DEL-ORD sector. Its main competitor on this sector is AI-Air India who also offers a daily nonstop product and is bound to be beaming with joy at this announcement by AA.

Turkish Airlines has officially announced that it will be increasing frequencies to LAX-Los Angeles from the on-set of the IATA S12 season i.e. 26MAR. Currently, TK operates 3 weekly nonstop flights from its IST hub base using a Boeing 777-300ER, however from end March, these shall be increased to daily nonstop flights using the same aircraft type.

Emirates has officially announced major details of its planned long haul expansion for the IATA Summer 2012 of which the main highlights are as follows:

SGN (Ho Chi Minh City) – new daily nonstop flights to be launched with an A332 effective 01JUN and then upgraded to a daily B773ER effective 29OCT 2012.

ADD – nonstop terminator flights to be operated with an A332.

EBB - nonstop terminator flights to be operated with an A332 instead of daily A345 via ADD.

Etihad Airways has officially announced that it will be increasing capacity to KUL-Kuala Lumpur, Malaysia in a major manner effective 26MAR 2012. Currently, EY operates a daily A332 product on this sector seating 262 pax on board. However from 26MAR, all daily flights shall be upgraded to a daily B777-300ER which seats 412 passengers, therefore offering additional capacity of 2100 r/t weekly seats on the KUL route!

Alitalia has officially announced that it shall be launching new services to RUH-Riyadh effective 01JUN 2012 as part of its efforts to further expand medium haul services especially to SKY TEAM member hub airports.

AZ revealed that flights will be operated from Rome 4 times per week nonstop to Riyadh using an A320 with the following schedule:

Malaysia Airlines has officially announced that it shall be increasing frequencies to LAX-Los Angeles as well as re-route its current service to the city. Presently, MAS operates 3 times per week from KUL via TPE-Taipei using a B772ER, however from 26MAR, these shall be increased to 4 times per week using the same aircraft type but via NRT-Tokyo with 5th freedom traffic rights.

Air Asia X, the long haul subsidiary of Air Asia (Malaysia) has officially announced that it shall be suspending all of its long haul services to Europe and India effective March 2012 as the carrier looks to re-organize its strategic plan and cost base. It also blamed the high EU carbon tax for the suspension of European services. The 4 routes canceled are BOM, LGW, ORY (Paris Orly) and DEL.


Fly Dubai has officially announced that it shall be launching 2 new routes from Feb 2012 as it looks further into tapping high yielding niche markets in the Middle East region. FZ confirmed that these 2 new routes are Taif in Saudi Arabia which shall be operated 3 times per week and Bishkek in Kyrgyzstan which shall be operated twice a week respectively. All services to be flown using a 189 seater Boeing 737-800.
Posted by behramjee at 3:04 AM